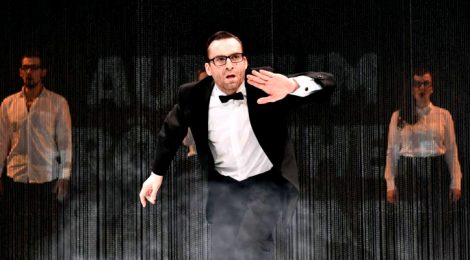 Vvideo projections for “Der Steppenwolf” (Hesse/Lux) at Badische Landesbühne.
(all photos on this page: Empl)

This production featured projection of prerecorded material, including animation and sections of the main protagonist, sometimes giving the appearance of live video. 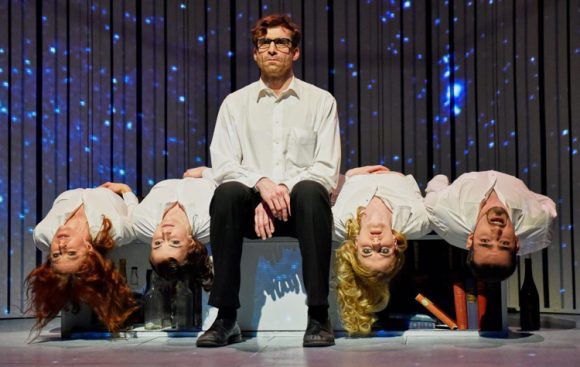 “Not one second of boredom in this two-hours long production by Wolf E. Rahlfs with a very effective stage design [Franziska Smolarek], including a projection curtain the actors can pass through, entering the projected images, and a soundtrack with a lot of Mozart, compiled by Paolo Greco. (…) Powerful video projections [Tommi Brem] (…) Surprises until the very end (…) long and heartfelt applause for a production worth seeing.”
– R. Autenrieth / RNZ 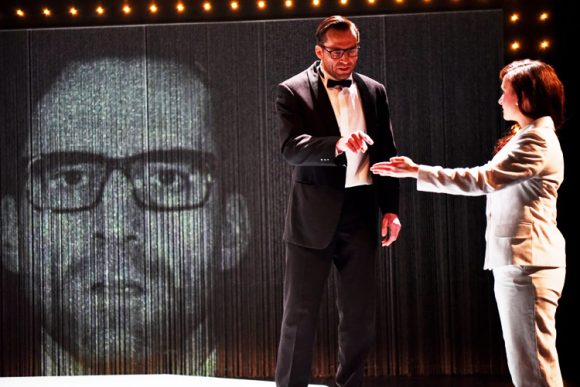 Here is a design I created for the show that we ended up not using: 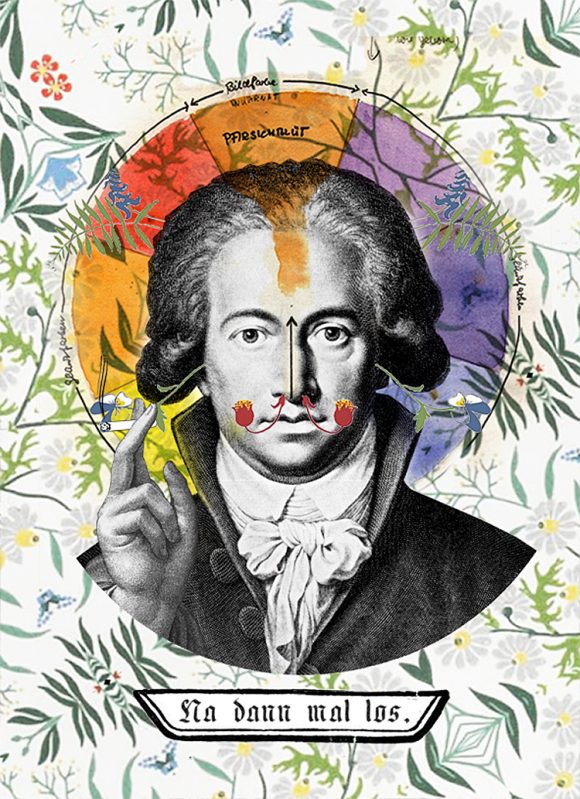